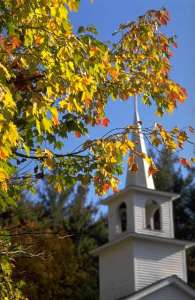 For people interested in taking a journey of moral or spiritual significance, a pilgrimage holiday can fulfil this ambition. Typically, it is a journey to a shrine or other location of importance to a person’s beliefs and faith, although sometimes it can be a metaphorical journey into someone’s own beliefs.

WHERE IN THE WORLD?…

The Holy Land acts as a focal point for the pilgrimages of the Abrahamic religion of Judaism, Christianity, and Islam.

There is a growing awareness within the major faith organisations that fulfilling the spiritual obligations of pilgrimage may paradoxically conflict with the spiritual obligation to care for the natural world. In response to these concerns a global Green Pilgrimage Network was inaugurated in 2011, with municipal and religious authorities from Bahá’í, Buddhist, Christian, Daoist, Islamic, Jewish, Shinto and Sikh sacred sites committing to the shared goal of minimising the environmental impact of pilgrims and, ultimately, achieving a ‘positive footprint’ for pilgrimage. In 2012, an India Chapter of the Green Pilgrimage Network was launched, with a further ten Buddhist, Hindu, Islamic and Sikh pilgrimage sites from across India.

Christian pilgrimage was first made to sites connected with the birth, life, crucifixion and resurrection of Jesus. Aside from the early example of Origen in the third century, surviving descriptions of Christian pilgrimages to the Holy Land date from the 4th century. Pilgrimages were, and are, also made to Rome and other sites associated with the apostles, saints and Christian martyrs, as well as to places where there have been apparitions of the Virgin Mary. A popular pilgrimage site is along the Way of St. Jame to Santiago de Compostela, in Galicia, Spain, to the shrine of the apostle James.

Hindu places of pilgrimage are associated with legendary events from the lives of various gods. Almost any place can become a focus for pilgrimage, but in most cases they are sacred cities, rivers, lakes, and mountains. For example, Kumbh Mela, Char Dham (Famous Four Pilgrimage sites), Old Holy cities as per Puranic Texts (Varanasi, formerly known as Kashi, Allahabad, formerly known as Prayag,Haridwar-Rishikesh,Mathura-Vrindavan,Pandharpur,Paithan and Ayodhya), Major Temple cities, Another import

ant set of pilgrimages are the Shakti Peethas, where the Mother Goddess is worshipped, the two principal ones being Kalighat and Kamakhya.

The pilgrimage to Mecca (the Hajj) is one of the Five Pillars of Islam. It should be attempted at least once in the lifetime of all able-bodied Muslims who can afford to do so. It is the most important of all Muslim pilgrimages, and is the largest pilgrimage for Muslims. Another important place for Muslims is the city of Medina, the second holiest place in Islam, in Saudi Arabia, where Muhammad rests in Al-Masjid al-Nabawi (the Mosque of the Prophet).

The Temple in Jerusalem was the centre of the Jewish religion until its destruction in 70 CE, and all adult men who were able were required to visit and offer sacrifices (korbanot), particularly during Passover, Shavuot and Sukkot.

Following the destruction of the Second Temple and the onset of the diaspora, the centrality of pilgrimage to Jerusalem in Judaism was discontinued. In its place came prayers and rituals hoping for a return to Zion and the accompanying restoration of regular pilgrimages.

The western retaining wall of the Temple Mount, known as the Western Wall or Wailing Wall, remains in the Old City of Jerusalem and this has been the most sacred site for religious Jews. Pilgrimage to this area was off-limits from 1948 to 1967, when East Jerusalem was controlled by Jordan.

There are numerous lesser Jewish pilgrimage sites, mainly tombs of tzadikim, throughout the Land of Israel and all over the world, including: Hebron; Bethlehem; Mt. Meron;Netivot;Uman,Ukraine;Silistra,Bulgaria;Damanhur,Egypt; and many others.

The Sikh religion does not place great importance on pilgrimage. Guru Nanak Dev was asked “Should I go and bathe at pilgrimage places?” and replied: “God’s name is the real pilgrimage place which consists of contemplation of the word of God, and the cultivation of inner knowledge.”

Eventually, however, Amritsar and Harmandir Saheb (the Golden Temple) became the centre of the Sikh faith, and if a Sikh goes on pilgrimage it is usually to this place considered the spiritual and cultural centre of Sikhs rather than a pilgrimage.

In Iran, there are several pilgrimage sites or destinations called pirs in several provinces, though the most familiar ones are in the province of Yazd. In addition to the traditional Yazdi shrines, new sites may be in the process of becoming pilgrimage destinations. The ruins are the ruins of ancient fire temples. One such site is the ruin of the Sassanian era Azargoshasb Fire Temple in Iran’s Azarbaijan Province. Other sites are the ruins of (fire temples?) at Rey, south of the capital Tehran, and the Firouzabad ruins sixty kilometres south of Shiraz in the province of Pars.

In India, a pilgrimage destination is the cathedral fire temple that houses the Iranshah Atash Behram, is located in the small town of Udvada in the west coast province of Gujarat.

WHAT KIND OF EXPERIENCE CAN I EXPECT?…

It has been said that pilgrims visit the Holy Land and other key sites to touch and see physical manifestations of their faith, confirm their beliefs in the holy context with collective excitation, and connect personally to the Holy Land. You are likely therefore to meet people with either a shared faith or interest in a particular site, or perhaps others with at least a passing curiosity. This is not what you would describe as a mainstream holiday experience, and you will likely need to be respectful of local customs if you participate.

WHEN CAN I DO THAT?…

There are a wide variety of places that can be visited at different times of the year. Some ideas are given in the Where In The World?…

DO I NEED ANYTHING SPECIAL TO DO THAT?…

You should keep in mind that this type of holiday is for people who are taking a journey of moral or spiritual significance. Therefore a high level of sensitivity to the beliefs of others may need to be observed. Many pilgrimage destinations may be culturally very different to what people are accustomed to at home. It may be the case that the temparature, languages, local customs and hygiene will differ considerably. So you should research and prepare for this before committing.

WHERE DO YOU RECOMMEND?…

In the early 21st century the numbers of people of all faiths making pilgrimages has continued to rise, with 39 of the most popular sites alone receiving an estimated 200 million visitors every year. So a starting point is to consider those destinations which are not only of most significance but also relatively easy to access. Many of the destinations are described on this page.

WHAT DOES IT COST?…

A pilgrimage holiday can be arranged independently at relatively low cost. For example, a 3 night visit to Rome from the UK booked well in advance might cost about £150 for return flights, and another £200 for a modest 3 star hotel sharing a double room. You should allow extra for food, drink and entrance to some attractions. For a more ambitious pilgrimage holiday you can expect to need to budget from £2,000 per person for a week, perhaps more depending on the length and complexity of your visit.

WHO ELSE ENJOYS DOING THAT?…

There are many celebrities who have declared their faith. For example, there are an estimated 1.2 billion Roman Catholics in the world. Catholic celebrities include comedian Dan Aykroyd, musician Bruce Springsteen and actor Mel Gibson.

Link to Other Things To Know (Passports, Visas, Health, Security)

You are likely to need a valid passport and perhaps a visa for a holidays to destinations outside Europe, and you might need vaccinations. We suggest you carefully check any prevailing security information in advance of travel, as pilgrimage sites can be located in remote places.

Want to get in touch with DWF?